Different types of mosquitoes found in the US

Over 3000 types of mosquitoes exist worldwide, of which about 200 types of mosquitoes are found in the United States. Some feed exclusively on plant nectar and sap, others prefer large mammals including humans as their primary food source. While most of the 200 types are simply a nuisance, with bites that cause itching and swelling, there are 12 types that spread germs that can sicken those who are bitten.

These disease spreading mosquitoes fall mostly into 3 genera commonly found in the US: Aedes, Anopheles and Culex.

Found in every continent except Antarctica, these mosquitoes are known to be the most notorious when it comes to spreading diseases. They prefer tropical and subtropical areas of the world and are most known to spread diseases that cause West Nile, and Chikungunya and Zika, EEE, Yellow Fever and Dengue

Most common Aedes species found in the US are: 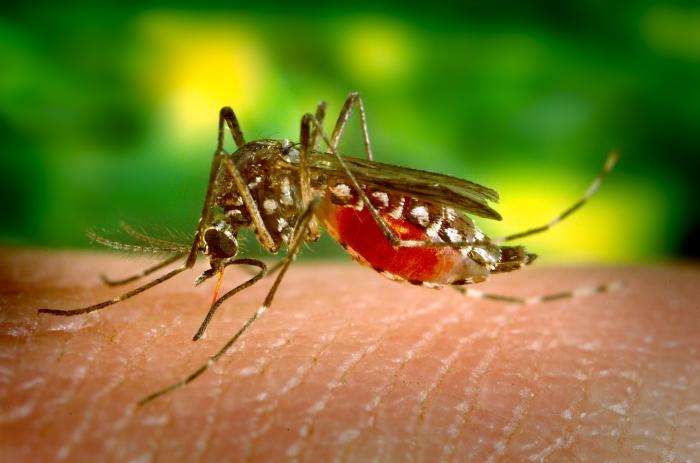 Known for: This mosquito species is a blood thirsty and prefers to bite humans and may also transmit yello fever, dengue, chikungunya virus, and Zika. It's most active during the daytime. This mosquito thirves in urban areas and is also commonly found indoors.

Known for: spread dengue, chikungunya, and dirofilariasis. The species originated in Asia, and emerged in the US in Florida aroudn 1985, where it has quickly spread from there.  Unlike the yellow fever mosquito the tiger mosquit can live at cooler temperatures. Hence its prevelant in the Northeast and northwest as well

Breeds in: breeds in containers with standing water, often tires or other containers. It is a daytime feeder and can be found in shady areas where it rests in shrubs near the ground

Known for: Although this mosquito does not spread disease , it does feed aggressively day or night and will feast on people and many kinds of animals, including birds, reptiles, and mammals.

Breeds in: salt marshes and occasionally a saline pool.

Found: the eastern seaboard of the United States and Canada as well as the entire Gulf coast

The Culex mosquito, also known as the house mosquito, prefers to feed during dusk and after dusk. These mosquitoes predominately transmit the West Nile virus and Western equine encephalitis. Breeds in: on the surface of nutrient-rich fresh or stagnant water where they will lay their eggs. Water sources can include barrels, horse troughs, ornamntal ponds, unmaintained swimming pools, puddles, creeks, ditches, and marshy areas

Known for: St. Louis encephalitis, Western equine encephalitis, West Nile virus this mosquito is known to have a more painful bite. Although it prefers avian hosts, it will feed off other mammels including humans

Breeds in: prefers sunlit standing waters that can be fresh or polluted water sources from ditches, marshes and swamps to ground pools and rain barrels. The species has been found at elevations ranging from sea level to almost 10,000 feet.

Found: mainly in the Midwest and Western states.

Anopheles, or Marsh mosquitoes, include roughly 460 species globally and are most known for their ability to transmit malaria. When resting, the stomach area of the Anopheles mosquito points upward, rather than being even with the surrounding surface like most mosquitoes. Known for: Malaria and heartworms in dogs. Even though malaria has not been a big problem in the US since the 1950's, local transmission does occur on rare occasion each year. These mosquitoes are most active just before dawn and right after dusk.

Found: mainly in the eastern, midwest and south eastern US

Why do mosquito bites cause different reactions?