A trip to the woods with your kids or a hike on your own is a great way to get some fresh air, stretch your legs, and take in the serenity of nature. It's also a great way to contract Lyme disease if you're not careful. That's because ticks carrying the bacterium that causes this debilitating illness are pretty much everywhere in North America now (thanks, climate change!). So let's look at how ticks spread Lyme disease—and what you can do to protect yourself.

You can get Lyme disease from a tick bite.

You can get Lyme disease from a tick bite.

Ticks are tiny arachnids living in the woods, hiking trails, and your backyard. They feed on blood by burrowing into people and animals, which is how they transmit diseases like Lyme disease. Ticks have been found all over the world, including in Canada and Europe, as well as much of Asia, Africa, and Australia. They're most often found in humid climates with lots of trees where they can hide out during the day—but you should be aware that ticks have also been known to live under piles of brush or logs outside homes without people realizing it! 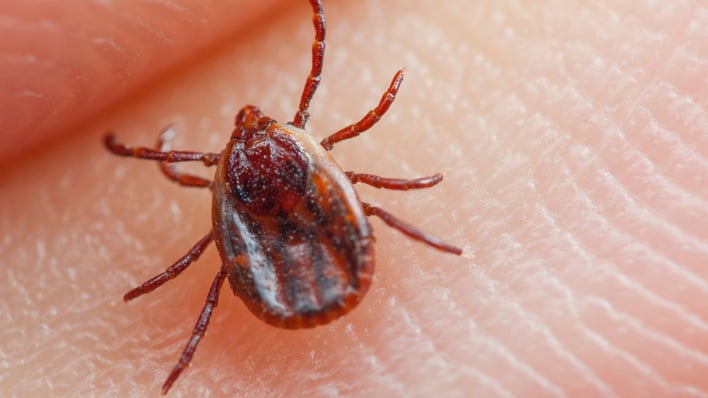 Ticks go through four stages of life, each ending with a meal.

The tick life cycle is one of four stages: larva, nymph, and adult. In the first phase, ticks are laid by a female tick in a cluster on the ground or in low vegetation. If the weather is right (i.e., warm and humid), they will hatch into tiny larvae that crawl around looking for something that resembles their mother’s scent (which they carry with them).

Once they find something suitable to feed on—a mouse or small animal like a squirrel—they burrow into its skin and latch onto it with their teeth and claws to begin feeding. The tick will drink its fill from this host over several days before dropping off as an engorged nymph after about two weeks of feeding. This process repeats itself when these second-stage ticks find another host for more feeding later in life.

The final stage is adulthood when male and female yellow fever ticks mate before laying eggs on vegetation. Next-generation larvae will live out their lives until they hatch into more hungry mouths looking for blood meals once again!

If a tick is infected with Lyme disease, it can pass the bacterium onto its host during any stage of its life. 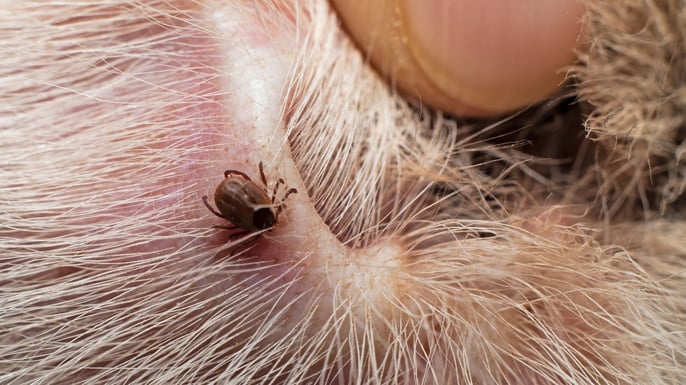 Of the many species of ticks in North America, only three are known to spread Lyme disease.

But it's important to note that only three species of ticks in North America are known to spread Lyme disease: the deer tick (Ixodes scapularis), the western black-legged tick (Ixodes pacificus), and the dog tick (Dermacentor variabilis).

The most common of these is I. scapularis, which is also called "deer tick" or "black-legged deer tick." This species lives in woodlands and forests on both sides of the US-Canada border, but it's most common east of the Rocky Mountains. It can be found as far south as Florida or Texas and as far west as California or Nebraska.

The second-most common species to carry Lyme disease is I. pacificus, also known as the "western black-legged deer tick." It lives in coastal regions from northern California through British Columbia and parts of eastern Canada and Alaska.

Finally, Dermacentor variabilis—the most common variety found throughout the southern United States—has been implicated as a vector for transmission during certain seasons when conditions are very warm and humid with lots of rainwater available for breeding grounds nearby (such as those created by storm drains).

There's no way to know if a tick is infected or not by looking at it, so you should assume that any tick you find could be infected.

Ticks are often not visibly infected, so you can't rely on their appearance to determine whether or not they carry Lyme disease. If you find a tick on yourself or someone else, remove it as soon as possible.

If you find a tick attached to your body, remove it as soon as possible, and then visit your doctor for testing if necessary.

If you find a tick attached to your body, remove it as soon as possible. If you experience Lyme disease symptoms after removing the tick within 24 hours, visit your doctor for testing. While most people who have Lyme disease will get a bulls-eye rash at the site of their tick bite, not all patients develop this classic symptom. Additionally, some may not remember being bitten by a tick in the first place or mistakenly think that they removed the insect before it bit them.

For these reasons and more, visiting your doctor after removing an attached tick is always recommended—even if you feel fine at first and even if no rash appears where the insect was attached!

With all this information on how Lyme disease spreads, you might wonder: am I at risk? If you're a parent or someone who frequently visits wooded areas, it's important to remember that prevention is key. You can take several steps to help prevent tick bites outdoors, including wearing long sleeves and pants, staying in the middle of trails, and avoiding tall grasses or bushes where ticks may be hiding. Keep your lawn trimmed short of protecting your home from ticks, so there aren't any hiding places for ticks that could drop down from nearby trees or bushes. You should also check your pets for ticks if they have been outside. We recommend checking once per day during spring and fall when tick activity is highest.

What are mosquitoes actually good for, anyway?
Protect Camping From Mosquitoes